I am a Polish citizen, my husband is Moroccan. We would like to live together in London. In this moment I have no connection with the UK country.

I don't live there and have no work there. I would like to know how much time should I work in the UK, how much money should I receive as my monthly salary and what other action should I take to get the Marriage Visa for my non-EU husband?

I am ready to get to London as soon as I will get enough information about our situation.

Thank you for your help,

Descriptions of events each day during Holy Week allow you to follow the details as if you were taking part. They include the pabasa, the Stations of the Cross through the town, daily processions, and the masked Moryons roaming the town as their panata, their vow of penance.

"Location Of Position Offered:" is:

We are searching for a suitable candidate to help care for our...sister , who has a learning disability.

Applications Invited To Join Cultural Cruise On The Fuji Maru

The Fuji Maru will be hosting the 39th SSEAYP program?

The National Youth Commission Philippines (NYC) is inviting all qualified youth, between 18 to 30 years old as of April 1, 2012, to apply as one of the 28 participating youth to represent the Philippines in the 39th Ship for Southeast Asian Youth Program (SSEAYP). NYC is also inviting men and women between 35 to 50 years to apply for National Leader to lead the Philippine delegation.

The powerful head of a southern Philippine family that gained notoriety for their alleged involvement in a massacre two years ago has pleaded not guilty to a charge of election sabotage.?

Guam, 27 March 2012 -Greenpeace warned that the Philippines stands to lose lucrative tuna markets, unless it fully embraces sustainable fishing practices immediately.? The environment group made the call as governments, including the Philippines, gather in Guam this week for the meeting of the Western and Central Pacific Fisheries Commission (WCPFC), of which the Philippines is a member.

The British parliament's National Audit Office (NAO) has issued a devastating report on the 2009 implementation of the points based route, known as Tier 4, by which students from countries outside the European Economic Area can study in the UK.

The report has found that the UK Border Agency (UKBA) implemented Tier 4 with flaws which were predictable and could have been avoided. The NAO slams into the UKBA saying it has not dealt efficiently and effectively with overstayers and students in breach of the rules.? 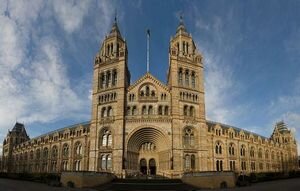 A British Council report into the global Higher Education (HE) market will show how well placedUK universities?are to take advantage of growth in the sector, according to the Guardian.

Start Date: ASAP but will wait for the right couple

A Pinoy Seafarer's Life Ashore After Years On Ships

Hometown is in former seafarer's heart

The structures in his in his hometown of Bautista, Pangasinan have nothing on the slickness of the marbles, tiles, and furnishings of the multi-storey office building of Capt. Manolo Gacutan.

But it doesn't matter, says the president and general manager of Dohle-Philman Manning Agency.? "I am helping improve our quiet hometown," Gacutan adds.

Amid EU crisis, Pinoy bayanihan ?brews in a Spanish cafe

BARCELONA, SPAIN-A FAIR-SKINNED man slides on the chair beside Rodrigo as the sun hides behind century-old houses and birds chirp from slender trees lining the Bracafe coffee shop here.

Rodrigo lets out a breath of relief, recognizing the man as Filipino who may have good news as Spain grapples with a debt crisis and migrant workers like him look for solace in places like the coffee shop.

Summary of the position: London, W1K (Mayfair)- A part time nanny housekeeper is required for this lovely young family. Starting ASAP, ?10 net per hour, the hours and days worked are flexible and can be adapted for the right person, either 2 * 10 hours days or 3 * 6 hours days, if you are the right fit for the family, they will make things work for you.

After 3 years my wife went home to the Philippines for maternity leave, and was 8 months absent from the UK continuing?receiving salary & paying tax. Are we still entitled for permanent resident after completing 5 year stay? Will 8 month absence from the UK will affect our application for Permanent Residence?

Filipino Domestic Staff In The UK

If you are looking for a job, read on.

All the vacancies are with direct employers, applicants will normally be need to have the right to work in the UK already?- no fees will be charged to employees as this is illegal in the UK

Greenpeace today released evidence that hazardous chemical residues in clothing items sold by major brands are released into public waterways?when washed by consumers. Upon entering our rivers, lakes and seas, these chemicals then break down into even more toxic and hormone-disrupting substances.

Overseas Filipino workers without the proper employment documents are more prone to abuses and exploitation by their employers, the Philippine Overseas Employment Administration (POEA) said as it?warned anew against the use of tourist or visit visas to secure overseas jobs.

The IBF (International Bargaining Forum) is declaring a high risk area for the territorial waters of Beninand Nigeria, following the increasing number ofattacks on vessels and kidnap of crews there. The designation will come into effect on 1st April 2012 in order to allow ship operators to make any necessary preparations.

It will afford the same benefits and protections to seafarers in those areas as the High Risk Area in the Gulf of Aden and around Somalia.?

Remittances from overseas Filipinos (OF) coursed through banks remained resilient, rising by an annual rate of 5.4 percent to US$1.6 billion in January 2012, Bangko Sentral ng Pilipinas (BSP) Governor Amando M. Tetangco, Jr. said in a statement. ?

Remittances from both sea-based and land-based workers increased, as their transfers grew by 19.8 percent (to US$369 million) and 1.6 percent (to US$1.2 billion), respectively.

Bogus bride and groom walk down aisle in handcuffs

How Romanians and Bulgarians working illegally without Yellow Card or papers can legalise their status in the UK?

Events listings supplied by the Philippine Embassy In London

Events can be listed in Balita Pinoy free of charge

List your events free of charge in Balita Pinoy

She went abroad to job contracts that turned out to be undocumented by Philippine government agencies, but does...this mean that her death would be left uninvestigated?

Terril Atienza, 34, left the Philippines with high hopes that in working abroad, she could give her four children a better life. Her subsequent travails dashed her hopes.?

Residents of Iligan City say they got no or very little help from local and national government.

They are asking: Where did the hundreds of millions of pesos in donations...received by the city government and the Dept. of Social Welfare & Development go?

Three months after Tropical Storm Sendong (international name Washi) hit Mindanao's northern provinces, residents of the most affected areas such as Iligan City and Cagayan de Oro City have yet to fully recover from the devastation brought about by the typhoon.

OFW's Returning From Syria Tell Of Terror In The Streets

When violence in Syria escalated last year, the Philippine government ordered its citizens working there to return home, and more than 1,100 have. Reporter Simone Orendain met up with recent arrivals at Manila's international airport to find out about their experiences.

The missing fake dentist and illegal recruiter Ressie Reyes Macaraeg is going to be at the center of more attention in an accountant's offices in Essex, England as a firm of investigative auditors hold a creditors meeting to try and address the issue of the missing money.?

Just bring PhP 20,000 show money (cash or manager's check) to qualify to bid for each property. The sale is on "as is where is" basis.

Get over ?addiction to migrant workers' UK Immigration Minister's message to business leaders

UK Biometric Residence Permits system will be compulsory for 400,000 migrants a year?

Benedict Carandang, currently studying in London honored as a Young Global Leader by the WEF?

A Filipino Chevening scholar has been announced as a 2012 Young Global Leader by the World Economic Forum.

Benedict Carandang, 30, was one of the youngest selected for the prestigious honour from thousands of nominees across the world and joins the 191 other honourees of the YGL Class of 2012.?

A Housekeeper/Nanny live in for the London area

A live-in Nanny/Housekeeper is expected to be able to take complete charge of three children (4.5 & 3 yrs old and 7?months, the two eldest are in the full time nursery) including all tasks relating to the children's well-being e.g. prepare breakfast, help dress them for nursery and ensure they have everything they need for the day.

The judgement in the Ibuna/Arroyo case in England over possession of Ignacio "Iggy" Arroyo's body has been officially released today.

Mr Justice Peter Smith as presiding judge in the High Court in London gave his order in open court on the 20th February that Grace Ibuna and Bernadina Arroyo should handle the movement of Iggy's body from the UK to the Philippines with his reasons to be given later".

This was done this morning and is reproduced in full below.

A Pinoy student's bigamous marriage in Britain collapsed into dust after his wife in the Philippines discovered what had happened, leaving him with a court appearance and an eight month suspended jail sentence.?

A Filipino man who committed bigamy in an attempt to breach the UK's immigration laws was convicted in Watford Crown Court.

Van Dexter Fuentespina, 23, admitted that he was already married with a wife and two children in the Philippines at the time of his marriage to a French woman on 5 September 2011.

In the wake of the bankruptcy proceedings against the "immigration advisor" and would-be dentist of Harley Street Ressie Reyes Macareag, things are moving apace.

The Official Receiver has appointed a firm of investigative accountants and forensic analysts to track down the assets and money of Macareg with a view to repaying the creditors.

All the vacancies are with direct employers, applicants will normally be need to have the right to work in the UK already?- no fees will be charged to employees as this is illegal in the UK

All the latest facts

The latest on any changes

Looking for an old story or feature?

Find Your Loved Ones

Property bargains to be had

Auctions and listings of foreclosed properties

From the OFW Journalism Consortium

Do You Have A Story For Us?